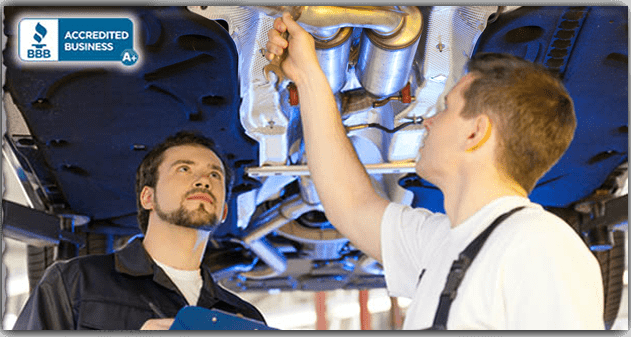 What is a transmission?

The modern automatic transmission is by far, the most complicated mechanical component in today’s automobile. Automatic transmissions contain mechanical, hydraulic, electrical systems and computer controls. All working together in perfect harmony which goes virtually unnoticed until there is a problem.

This article will help you understand the concepts behind what goes on inside these technological marvels and what goes into repairing them when they fail.

The transmission is a device that is connected to the back of the engine and sends the power from the engine to the drive wheels. An automobile engine runs at its best at a certain RPM (Revolutions Per Minute) range and it is the transmission’s job to make sure that the power is delivered to the wheels while keeping the engine within that range.

It does this through various gear combinations. In first gear, the engine turns much faster in relation to the drive wheels, while in high gear the engine is loafing even though the car may be going in excess of 70 MPH. In addition to the various forward gears, a transmission also has a neutral position that disconnects the engine from the drive wheels, and reverse, which causes the drive wheels to turn in the opposite direction allowing you to back up. Finally, there is the Park position. In this position, a latch mechanism (not unlike a deadbolt lock on a door) is inserted into a slot in the output shaft to lock the drive wheels and keep them from turning, thereby preventing the vehicle from rolling.

There are a number of other arrangements including front drive vehicles where the engine is mounted front to back instead of sideways and there are other systems that drive all four wheels but the two systems described here are by far the most popular. A much less popular rear drive arrangement has the transmission mounted directly to the final drive at the rear and is connected by a drive shaft to the torque converter which is still mounted on the engine. This system is found on the new Corvette and is used in order to balance the weight evenly between the front and rear wheels for improved performance and handling.

Come enjoy world-class service in a clean and very friendly atmosphere today, visit one of our two convenient locations.

© 2018 A Plus Transmission Specialists. All rights reserved.